Well, well, well...I'm not so good at keeping this thing updating now am I?? I am not even sure if you people read this thing but here goes our January update.

We rung in the New Year with some great friends. We got a hotel room dowtown and had four other couples join us. It was a blast. We all brought some food and beverages and played poker for a little while and then went up to the huge balcony that overlook Hemisphere Park, where they shoot off fireworks every year. The hotel was hosting a group of retirees who travel all over the U.S. all year long but NYE they spent in San Antonio so it was 8 of us young folks and a whole bunch of retirees. It was quite hilarious but it made the night so much fun!! We are already planning on doing it again next year!


Here are some photos...

The hotel had a huge movie screen on the roof above the pool and cabana. We all sat on the balcony for a while watching old black and white Elvis movies...it was fun! 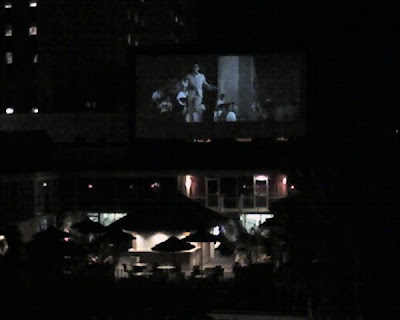 Jennifer (in the middle) got us all tiaras and horns!! I'm on the left, Jennifer's in the middle and Stephanie is on the right! 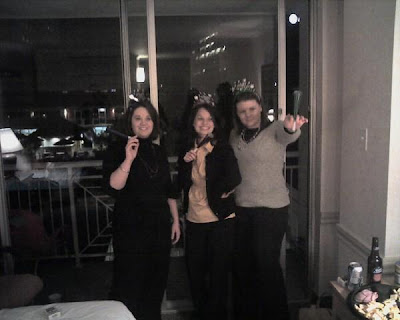 She got top hats and horns for the guys...they took them off after we decided we got enough pictures of them! They were so cute. Blake is on the left, Cayman is Jennifer's husband and Billy is on the right, he's married to Stephanie 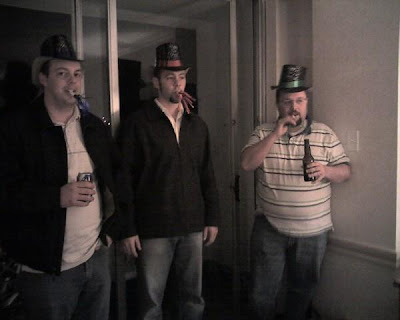 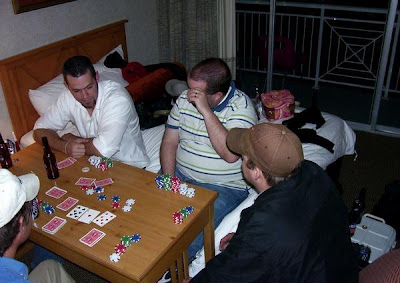 Blake, me, Billy, Jennifer, Stephanie and Courtney and Robert...this was up on the balcony. It was very cold as you can tell by Courtney's face 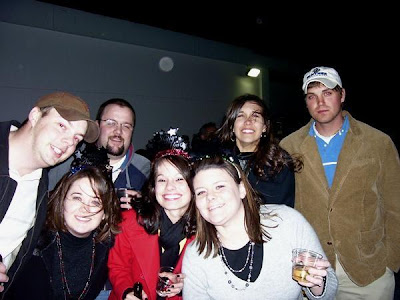 So, our NYE was fun.

I think it was the second weekend in January when we made a trip to College Station for the LSU vs. A&M basketball game. My dad's cousin John is the head basketball coach at LSU and since he was going to be only 3 hours away he got us tickets to the game. We drove up to CS with mom and dad and Laura and Chris met us there. It was a lot of fun!!

Here are some pics...


Okay, we HAD to go to Cenare's THE BEST Italian food restaurant EVER. I used to work there when I lived in College Station. It's owned by a cute Italian couple...you have to go if you are ever in town.

Dad wanted a Calzone, from next door, Mr. G's Pizzaria. Mr. G is the husband of the lady who owns Cenares. The waiter said it was a "meal" size calzone. I guess we didn't hear him when he said "A meal for 25 people." Acutally, he didn't say that at all. When it came we were all surprised at the size of this thing!! 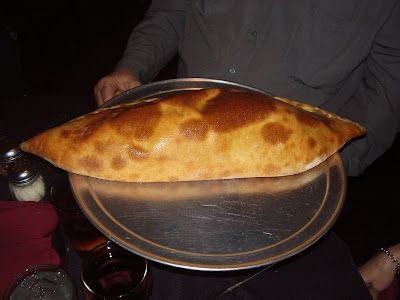 Me and my sister Laura at the LSU game. John got us very good tickets. We sat right behind the team with the only other LSU fans there...about 10 of us total. The other fans were family members of the players. 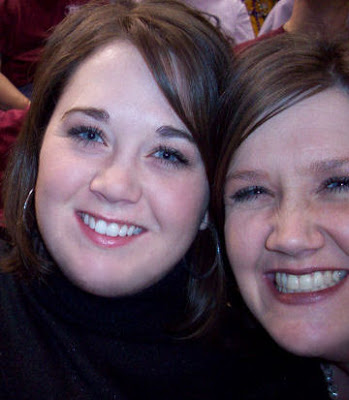 Blake and me at the game... 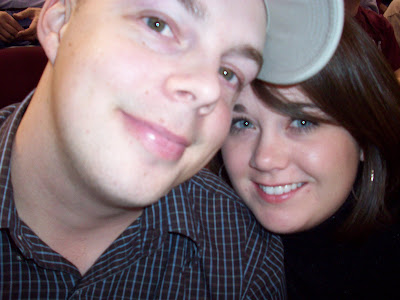 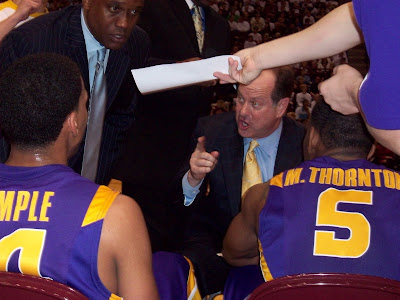 Laura and I pretending to be Tigers 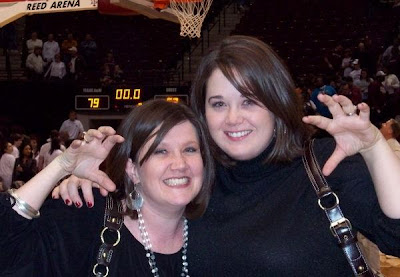 This guy, Randolph is his last name, is very tall. Or, we are short. You be the judge. 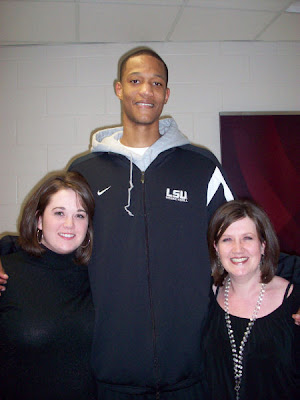 Mom, Dad and John after the game 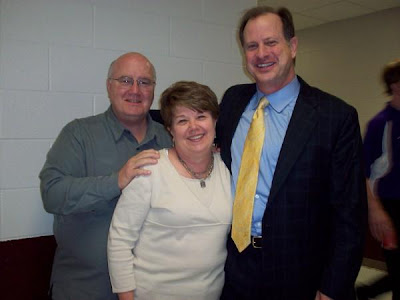 My niece Kendall showed her second lamb in the Erath County Jr. Livestock Show. I missed it again this year due to work. I AM going to make it next year.

My sister and her family just came down this passed weekend. My sister is selling Silpada Jewelry and so am I now by the way www.mysilpada.com/holly.kallemyn, thanks Laura!! So, we hosted a jewelry show for her and had a lot of fun with everyone who came.

The rest of the month has been filled with basic stuff: work, school, payin' bills...the fun stuff!

We've been busy hanging out with friends and enjoying life. So, I guess this'll be a monthly update thing but I'll keep you posted with February's news and the rest of the year!

Love you all...
Holly and Blake
Email ThisBlogThis!Share to TwitterShare to FacebookShare to Pinterest